What is Juvenile Diabetes and what are its Causes?

juvenile diabetes is also referred as type 1 diabetes, it is a chronic autoimmune disorder. As the name suggests, the disease is very common in adolescence or childhood age. T1D happens when our immune system goes rogue and starts destroying insulin-producing cells of pancreas. Insulin is a peptide produced by the beta cells of the pancreas. considered as a most important and anabolic hormone, insulin is responsible for regulating glucose level in the bloodstream, regulating metabolism and digestion of carbohydrates, fats, and proteins by facilitating the absorption of glucose from the blood into liver, fat, and muscle cells.

About 23 million people in the United States have been diagnosed with diabetes, and around 10% of those cases are juvenile T1D. That works out to about one in 250 people which is a pretty significant number; of those, about three-quarters are diagnosed with juvenile diabetes during childhood or young adulthood. The most common age for a juvenile diabetes diagnosis is between 10 and 16, Most common possibility is because puberty triggers an increase in hormone production, and these hormones, including estrogen and testosterone, can affect blood sugar levels. However modern medical science doesn’t know the exact causes of this autoimmune response. Doctors predominantly blame ethnicity, geography, and genetics.

What are the triggers of autoimmune response

As doctors are still confused about this confusion of the immune system, the theory is some microorganisms or overuse of abusive substances or medications triggers the chemical imbalance leading to poor communication of nerves thus triggering the immune system for false alarms and mistaking healthy cells as enemy cells. Another theory is due to poor hygiene when the body gets exposed to no. of different viruses and bacteria, the body senses danger, Making the immune system kicks into action and attacking them. This is called an immune response. Some doctors says Sometimes, healthy cells and tissues are caught up in this response, resulting in triggering of this autoimmune disease.

the most reliable studies suggest that autoimmune diseases arise from a combination of genetic and environmental factors, genetics plays the part in facilitating the growth of disease triggered by environmental factors like microorganism infections and overuse of specific substances. the theory of infection-causing autoimmune response is significant because of new-onset of T1D in children during Covid 19 pandemic.

when autoimmune conditions of any type of disease run in your family, that means your next generation is also at higher risk of developing one too. many studies have proven that if a sibling or parents has type 1 diabetes, kids have a 15 times higher risk of developing the same condition than someone without any family history. Your genes definitely play a role in type 1 But they’re not the whole story. Like much in life, it’s a mix of nature and nurture. our surroundings, from where we grew up to the foods we eat, also matters. Researchers don’t know exactly how and how much all those things affect your chances of getting the disease. Your genes set the stage, but you can’t be certain how it’ll all play out. There’s no particular diabetes gene that gets turned on or off to give you T1D. Instead, a bunch of them play a significant role, including a dozen or so that have the biggest say: the HLA genes. They make proteins your immune system uses to keep you healthy. Since T1D is an autoimmune disease, your body destroys the B cells that makes insulin, so it makes sense that HLA genes are front and center.

Several international studies have examined the relationship between environmental influences and T1D Mellitus. Modern medical science believes that in many cases, a toxin or virus triggers the start of type 1 diabetes. This substance kicks the immune system into action, which then mistakenly begins to attack the pancreas and kill off the insulin-producing beta cells. The most promising study findings suggest that two primary environmental substances are arsenic and dioxin. As arsenic is a naturally occurring element that is widely available in various forms and compounds throughout the earth’s crust. whereas dioxin is primarily present in our food, the major source of dioxin for the general population is in our diet, since dioxin is fat-soluble it is mainly found in meat and dairy products, including beef, milk, chicken, pork, fish, and eggs.

When there’s too much sugar present in the bloodstream, your body pulls water from surrounding tissues to try and dilute it to flush it out through kidneys. In an effort to filter out the high sugar content in your blood, your kidneys perform into top gear. They dump sugar from your blood into your urine, creating more pee. In more advanced stages of the disease, damaged nerves around the bladder may cause some people to feel the urge to pee frequently, even if little or nothing comes out. They also have a higher risk of urinary tract infections (UTIs). Children may suddenly start to have accidental pee’s at night or during the day, even though they’ve been toilet trained for years. That makes them dehydrated and extremely thirsty. Some people with diabetes feel like no matter how much they drink, they can’t quench their thirst.

if you just had your favorite meal and you are still feeling hungry. it could be a sign that your muscles and other tissues of your body aren’t getting the energy that is glucose they need from the food have eaten because it’s hung up in your bloodstream. Your muscles signal your brain that they’re starving (even though you ate plenty), making you feel hungry and continuing the cycle.

If you are eating normally but still losing weight, it could be a sign of type 1 diabetes. Glucose builds up in the bloodstream if insulin isn’t available to move it into the body’s cells. When glucose levels become high, the kidneys work to get rid of unused sugar through urine (pee). This causes weight loss due to dehydration and loss of calories from the sugar that wasn’t used as energy. To control the damage Your body will break down its own fat, muscles, and other tissues in order to get the fuel it needs to function if it can’t get enough energy from glucose, leading to weight loss.

Type 1 diabetes can make you feel tired and weak because your brain, muscles, and other body systems aren’t getting the energy they need to work properly. It is hypoglycemia. A symptom of low blood sugar that is sometimes missed, a feeling of sudden tiredness or being drained of all energy should prompt you to check your glucose levels. Dehydration from frequent urination can make you tired, too. Listlessness and muscle weakness may also be a sign of a severe complication called ketoacidosis.

This blood test measures what percentage of your red blood cells have been coated with glucose over the past two to three months. The higher your blood sugar, the higher your score. An A1C result below 5.7 is considered normal; 5.7 to 6.4 is prediabetic; 6.5 or above suggests diabetes.

This is the most common test, in this test blood will be drawn first thing in the morning before you eat or drink anything other than water. A result under 100 milligrams per deciliter is normal; 100 to 125 mg/dL is prediabetic; 126 mg/dL indicates diabetes. Your doctor will likely want to do the test twice before diagnosing you.

This test identifies whether your immune system is attacking your pancreas, the blood is drawn for an autoantibody test. People with type 1 often test positive for several specific autoantibodies, while those with type 2 (or the rare monogenic diabetes) won’t.

Unfortunately, there is no proven cure for type 1 diabetes, Treatment generally includes

In type 1 diabetes your body doesn’t produce insulin by itself, hence all people with type 1 diabetes need to take insulin daily, insulin cannot be taken orally because it would be broken down and digested before getting into the blood. insulin can be taken in different ways, some of the most common ones are

The main goal for a Diabetic should always be blood sugar control to prevent further complications from developing (i.e. loss of eyesight, loss of feeling in your exterior limbs, heart disease, kidney disease, etc.) or developing into type 2 form. Therefore, it is essential to monitor the grams of carbohydrates a Diabetic is consuming per meal and snack time to control the amount of glucose going into their blood.

To check your blood sugar levels, your doctor will advise you to use a home glucose meter to poke your fingertip with a specialized lancet “pen,” then drop the blood onto a test strip in the meter. In some chronic cases, you’ll need to do this four to 10 times a day. Your doc might also suggest a continuous glucose monitor, where a tiny sensor is inserted under the skin of your abdomen, arm, or thigh to check glucose levels regularly. The device will alert you if levels fall too low.

How to Treat Leg Swelling in Diabetes.

Blurry Vision in Diabetes, 6 measures you can take today. 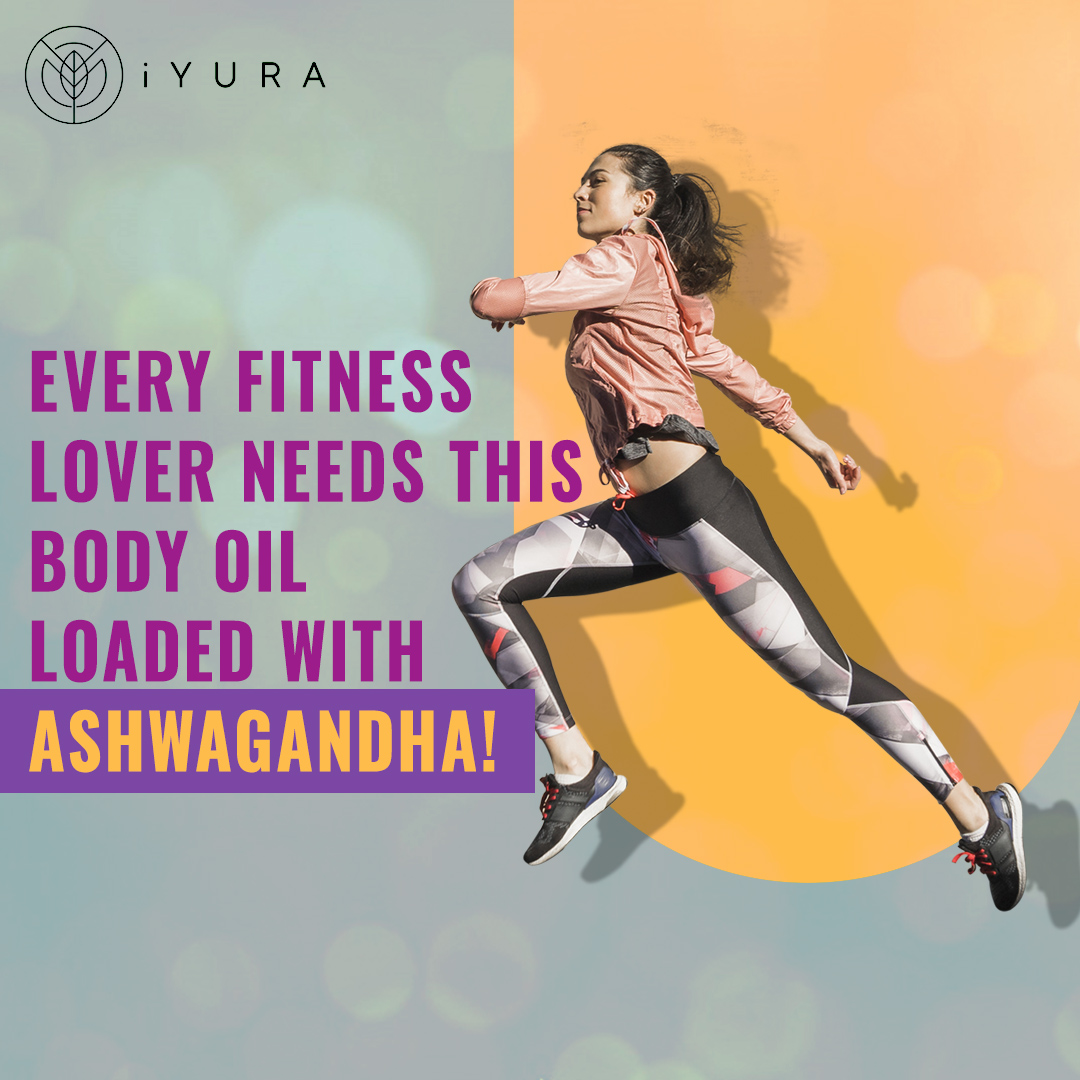 We use cookies on our website to give you the most relevant experience by remembering your preferences and repeat visits. Read More By clicking “Accept All”, you consent to the use of ALL the cookies. However, you may visit "Cookie Settings" to provide a controlled consent.
Cookie SettingsAccept All
Manage consent

This website uses cookies to improve your experience while you navigate through the website. Out of these, the cookies that are categorized as necessary are stored on your browser as they are essential for the working of basic functionalities of the website. We also use third-party cookies that help us analyze and understand how you use this website. These cookies will be stored in your browser only with your consent. You also have the option to opt-out of these cookies. But opting out of some of these cookies may affect your browsing experience.
Necessary Always Enabled
Necessary cookies are absolutely essential for the website to function properly. These cookies ensure basic functionalities and security features of the website, anonymously.
Functional
Functional cookies help to perform certain functionalities like sharing the content of the website on social media platforms, collect feedbacks, and other third-party features.
Performance
Performance cookies are used to understand and analyze the key performance indexes of the website which helps in delivering a better user experience for the visitors.
Analytics
Analytical cookies are used to understand how visitors interact with the website. These cookies help provide information on metrics the number of visitors, bounce rate, traffic source, etc.
Advertisement
Advertisement cookies are used to provide visitors with relevant ads and marketing campaigns. These cookies track visitors across websites and collect information to provide customized ads.
Others
Other uncategorized cookies are those that are being analyzed and have not been classified into a category as yet.
SAVE & ACCEPT